In my day job I do a lot of network tracing to understand packet flow.  As it turns out, the tool I needed only works on Windows XP, and all of my systems are running Vista or Win7.  But this is no problem for me â€“ the OSes are basically the same.  So, I downloaded a copy of XP from my MSDN license, and within a few minutes I was installing it again.  How nostalgic!

Two hours later, my shiny, new Windows XP was rearing to go.  And bundled for free was a brand new copy of Internet Explorer 6 â€“ arguably the most despised web browser of web developers everywhere.  Sure, itâ€™s 10 years old, but thousands of users (like me!) upgrade to it every day (it is the worldâ€™s most popular operating system, you know).

Itâ€™s no secret that Iâ€™m not a fan of unions.  But Iâ€™m even less of a fan of public-sector unions for two reasons:

I apologize to the firefighters, police officers, and teachers.  Your jobs are extremely important.  But we canâ€™t afford your unions, and we need your help to bust them apart.  Unions are the same cancer which bankrupted Americaâ€™s once-largest-company, General Motors.  Why do we let this cancer invade our state?  (Oh yeah, Jerry Brown did it â€“ so donâ€™t vote for him now)

In the case of public unions, if politicians strike a bad deal, taxpayers foot the bill. In the case of private corporations, if management strikes a bad deal, the company goes bankrupt, shareholders take a hit, or the jobs move elsewhere, as soon as the contract is up.

If you arenâ€™t convinced, here are some articles to read: 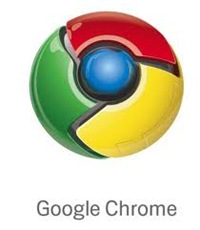 I canâ€™t believe Iâ€™ve been working on this project for 4 years now.  Itâ€™s entirely too fun.