Bitcoin Blocksize and The Future 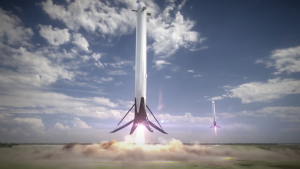 Today, one of BitGo’s major customers complained to us that their transactions weren’t getting confirmed.  Why not?  Well, because the blocks are full.  They put the right fee on the transaction, BitGo’s platform dynamically computes the right fee every time.  But a sudden spike in demand left their transactions lingering for hours.  It’s not okay that our current, small Bitcoin exchanges are suffering due to Bitcoin Core flailing.

So I have a few things to say.

I’m sorry, engineers of Bitcoin, but you’re wrong with your fears that a larger block will break Bitcoin.  You’re doing what Donald Knuth told you not to do – premature optimization.  We have no hard data that indicates a 2MB block will be a significant issue with block propagation or centralization.  If you’re right, and larger blocks do require more optimization, we’ll optimize and fix once we’ve seen the real bottleneck.  From my own experience building HTTP/2.0, there is only one thing I know about optimizations:  you never know what to optimize until you’ve tried it!

Premature optimization is the root of all evil.   — Donald Knuth

#2 We already have consensus

Data shows that more than 90% of the community already supports at least a 2MB block.  If 90% is not enough for “consensus”, then I don’t know what is.  From my work in standards bodies, I know that standards are always a compromise.  If you can’t bend on this, then the community will need to move on without you.

The core argument against larger blocks is that it will lead to more centralization.  I wish it weren’t the case, but this war has already been lost.  First, it was pooled mining, and later it was advances in hardware which left individual nodes in the dust.  But no matter how you slice it, Bitcoin can be overtaken by only taking out a handful of companies.  Sure, this isn’t as centralized as a product like e-gold, with single governance, but it certainly isn’t the decentralized mecca that Satoshi had envisioned either.

Don’t get me wrong – we all want a decentralized system.  But the blocksize isn’t the key here.

Both Segregated Witness (a proposal for decreasing data included in a block) and Lightning Network are great technical ideas for the future.  I love them.  However, neither one will be ready or deployable for 6-18 months.  For Lightning, prospects are even more risky – there is a real chance that it won’t work at all.  Further – if you think decentralization is hard in existing Bitcoin, think how hard it will be to punt the problem up a layer – its just pushing the problem to someone else with unproven software.  Unfortunately, we need a solution to the blocksize today.  Holding Bitcoin back for these experimental technologies is a major mistake.

#5 We don’t have time for this

Finally, we just don’t have time for this.  A payment system that can only handle 300,000 transactions per day is not worth my time or anyone else’s.  I highly doubt Elon Musk would waste his time on such a pitifully minuscule system, and I doubt Larry Page, Steve Jobs, or Warren Buffet would either.

If we want to change the world, we need to think bigger.  Take the world’s largest transactional system and multiply it by a factor of 1000 – that’s what we need to focus on.  We don’t have time to waste on systems that can’t change the world.  Want to change it?  Do it now.  Otherwise, the true thought leaders of our next generation will ditch Bitcoin and make something that will.