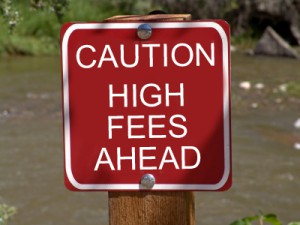 Bitcoin is already known for its low fees.  But this week at BitGo we proudly announced that if you use a BitGo wallet, Bitcoin transactions are even cheaper.

Typical fees prior to Summer, 2015 were usually between 0.0001 and 0.0005 BTC – roughly 2 and 10 cents.  Although Bitcoin has long used a variable pricing system, typical fees used to get your transactions picked up in the blockchain quickly – about 10 minutes.

But as transaction quantity grew this summer, users had to compete to get their transactions picked up quickly.  This meant that fee prices rose. Using too low of a fee wouldn’t necessarily prevent your transaction from going through, but it could make it take hours, days, or even weeks to be confirmed on the blockchain.  BitGo has the most optimized fee computation available, and it matters.

You might be thinking you don’t care -Bitcoin fees are still really cheap.  But BitGo customers do care, because our customers are sending a boatload of transactions every day.  (We recently announced that BitGo surpassed the $1B quarterly transaction volume level!).  If your transactions are late, or if you’re just sending a lot of transactions, it can really add up.

So if you’re a Bitcoin business – get on the BitGo platform.  It’s cheaper, faster, and more secure.