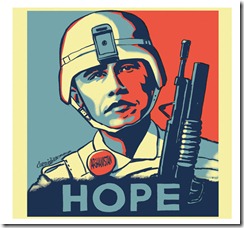 I voted for Obama for one reason:  I thought he was more likely to get us out of Iraq.  I was wrong.  Obamaâ€™s stance was clear: he just needed 18 months to do the job.  That deadline is Tuesday.

There are currently still 85,000-100,000 US troops in Iraq.  All other countries have already pulled out.  Just as under the Bush administration, the objective of our presence in the region is unclear.

And although his campaign promises were to reduce the US war efforts, Obama has also more than doubled US troop levels in Afghanistan in the past year.  If you think this is Bushâ€™s war, youâ€™re wrong.  Obama did this.

Obamaâ€™s failure to hold to his campaign promise is just one more reason why he will never again get a vote from me.