A Product Worthy of Microsoft 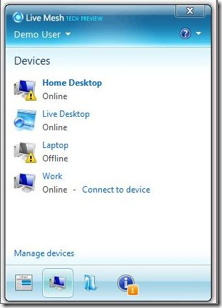 A colleague asked me this morning if I had seen the Microsoft Mesh announcement.  I said I had, and that I thought it looked really pretty, but I didn’t get it.  “It looks like a solution in need of a problem,” I said.  My colleague went on to say that this was basically what Joel on Software had also said, and I just got a kick out of reading Joel’s diatribe.  I wish I wrote half as well as Joel.

Although I am not excited about Mesh, I am not as pessimistic about it as Joel is.  I think it’s great that Microsoft has projects like this.  Microsoft should be trying to innovate in as many ways as it can; and with innovation comes experimentation.  That’s not a bad thing, although Joel seems to think it is.

My only concern is that this project appears to have come from Ray Ozzie himself. It seems like something that a couple of smart kids out of school could do.  If I had the resources of Ray Ozzie behind me, I hope I’d come up with something much bigger.  Products that don’t change the world are not worthy of the Chief Architect at Microsoft.  So far, Mesh seems smallish.  But, he’s a smart guy.  Maybe the world-changing part is still coming; and if so, that’s great.

One thought on “A Product Worthy of Microsoft”