The drum of immigration beats this week.  I’m strongly against legalizing all illegal aliens.  The alien population in question is much poorer, much less educated, and much less able to build a great nation than the average American.  We’ve got too much poverty already, and bringing in more is not going to make things easier.  We dilute our wealth by giving it to the aliens.  Mexico needs to build its own wealth, and we should help, but that does not mean allowing all Mexicans into America.

Despite my beliefs, we can’t stop it.  The fact is that most Americans, like myself, are too busy working to go out and protest against the illegals that are currently protesting for legal status every day.  The illegals have much more to gain in the short term than those of us working stiffs have to lose.  Legal status for an illegal would instantly make a huge impact on his life and his family’s life.  For those of us citizens already here, it has almost no immediate effect, and the degradation on our nation will be gradual.  So the illegals will be out in force every day fighting for this (if we let them).  The citizens who oppose them can’t possibly do that, nor are affected enough to want to.  Unfortunately, at the end of the day, the squeaky wheel will get the grease, and that means these illegals are not going to be illegal forever.

America will ultimately look like the pictures you see here.  One is Mexico City.  The other is San Diego. 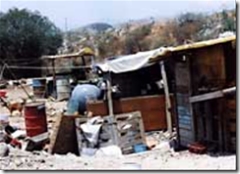 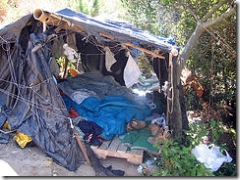